The need for speed: Jacques Nicolet 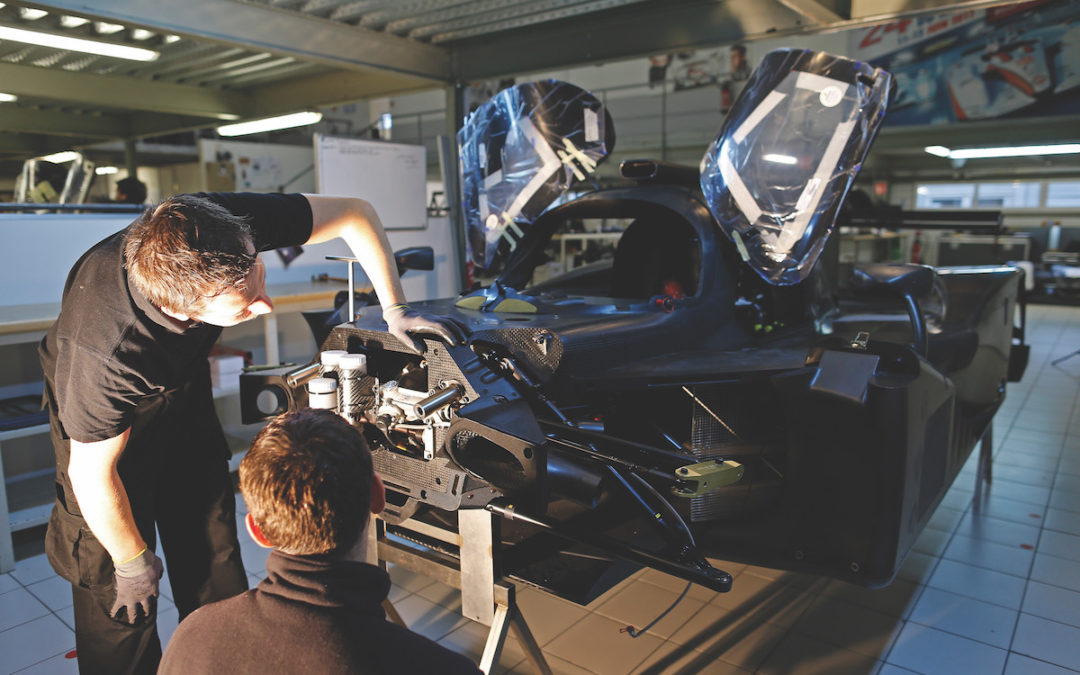 A speed demon since his early days as a cheeky backseat driver, Jacques Nicolet’s Everspeed group is making an impact in endurance racing.

Jacques Nicolet is the president of Everspeed, a conglomerate of race car and automotive industry companies. His passion for racing, however, planted itself well before he ever took the wheel of a car himself.

“When I was little, my dad drove me and my two brothers to school in the countryside in the South of France. We were timing dad’s ‘performance’ every morning and we had to be faster every day so, at some stage, he had to change the car to keep improving his ‘lap time’. That is really where it started.”

The young backseat driver soon became a keen observer of 24 hours of
Le Mans. Jacques first attended the race when he was about 13 years old, later following it on TV and in the newspapers. “It’s a unique race because it puts the humans first in every sense,” he begins.

“No matter the level of professionalism and excellence, you can never predict the results or the turnout even during the 24 hours of the race.” He points to the cruel result in the 2016 race, where the Toyota Gazoo prototype lost power with just three minutes to go in the event as an example of its unpredictable nature.

The singular nature of Le Mans means it still holds a special place for Jacques. “It is a race where, to get a result, you need to put together certain values. I recognise these values in the company I manage, such as team spirit, compromise between overall performance, quality and reliability. Everybody has to work together: the mechanics, engineers, marketing and communications people, and the drivers. Everyone has to come together to make a result possible.”

Jacques has also competed in Le Mans as a ‘gentleman driver’, a special class of enthusiasts who compete in the famous endurance race alongside the sport’s elite professionals.

“That was mainly to develop a Le Mans prototype car,” he explains. “Being a gentleman driver helps me bring my own feelings and feedback to our company to help them improve the driveability of these cars for people outside the sport.”

Prior to founding Everspeed (originally named JN Holding), Jacques assumed control of endurance racing team OAK Racing and spent a decade as Director of Development at the Pierre & Vacances Group, which works across tourism services and holiday villages. He also co-founded Altarea SCA, a property development company that has invested in and developed residential and office spaces across France.

He remains member of Altarea SCA’s Supervisory Board and says this experience has given him a valuable background in building connections and bringing a diverse group of people together to develop a project from an idea to fruition.

“It is exactly the same process as with almost every company that joined Everspeed, no matter what the industry,” he says.

In 2016, Jacques’ automotive conglomerate was rebranded as Everspeed. The group’s business is now organised around four pillars of Learning, Motorsport, Connection, and Composites.

Everspeed Motorsport incorporates several automotive companies that have expertise across the design, construction and distribution of sports cars, endurance racing, aerodynamic simulation, and engine technology. It also runs a motor racing circuit in Le Vigeant, France. The companies are autonomous but highly collaborative and there are significant synergies across the group.

“The rebranding of the group was a good move,” Jacques says. “We wanted to gather all the operations under the same banner and we’ve been focusing on getting this feeling of being part of the same group throughout all the companies. Hopefully, this feeling of solidarity will become much stronger over the next year, but the rebranding is a start.”

Having clarity around the vision of the group has been crucial, Jacques explains. “It’s always been the plan to start in a niche industry and try to become a leader in each of our niches – the high performance automotive industry, training, composites, and building a race car. When we talk about expansion, we still want to stay within these niches, but also diversify the territory and range of projects within each, if possible.”

Working on something you love, you always work with your heart and your passion. It gives you a lot of commitment.

In some areas, the group doesn’t have the in-house knowledge to manufacture or design materials and so will work with suppliers. Jacques says there is a range of practical considerations involved in choosing suppliers to partner with. “It always comes down to a balance between performance, reliability, quality and price, and the overall experience and feedback we have from different competitors with the supplier.”

With HP Composites, the group wants to move towards developing new materials for the structural composite parts used in motorcars, supercars and hypercars. It is also working on concept cars for original equipment manufacturers (OEMs) and special vehicles for both OEMs and government clients.

Building on existing expertise rather than new terrain

The ultimate goal is to build road and GT cars for a demanding clientele, though Jacques says expansion will be based around building on its existing expertise, rather than moving into completely new terrain. “It’s not necessarily about new projects, but new ways to do the projects.”

Over the next few years, Everspeed plans to gain a foothold in the US market, which may be equal in size to the rest of the world market combined. The group has already enjoyed success stateside, becoming the first French manufacturer to win the 24 Hours of Daytona with Onroak Automotive.

Jacques says the US is a very different environment from Europe or Asia. “The main challenges would be knowing what exactly the US market is, what the level of integration of composites there is, and what the race cars in the market need.

“The key is to be patient and to gain an understanding of the market and the main players. We are confident that, with our automotive expertise at Everspeed, that this know-how will develop and that we can deploy the team management we have now across the US.”

Jacques has come a long way since encouraging his father to make faster times as a young backseat driver, but he retains that same glee for racing. “I’m lucky to have always worked on something I love, and that I’m still doing it,” he says. “Working on something you love, you always work with your heart and your passion. It gives you a lot of commitment to achieve what you have in mind.”

Asked if there is anything he wishes was different about his field, Jacques’ fulfilment with his chosen vocation is only further evidenced.

“I wouldn’t change a thing. I see automotive as a tool for freedom. It’s an interesting period for the industry as we are at the cusp of a new wave of technology. My only hope is that we do not change, as such, but evolve, and keep the passion for motorsport and the automotive industry in this new world.”